I was at the Salesian School from October 1970 until the summer of 1976, in the American section; in other words from the 2nd grade until the 6th grade. I’ve lived in Lebanon since 1970, except for a six-and-a-half-year spell between 1985 and 1992, when I studied, then worked for a time, in the United States. I returned to Beirut to join a research center, the Lebanese Center for Policy Studies, and later moved to the Daily Star in 2003 as opinion editor, though I also write for other publications. I’ve just finished a book on Lebanon, which serves as part eyewitness account of the period 2005-2009, after the assassination of Rafiq al-Hariri, and part introduction to Lebanon’s political culture. It will be released in the United States by Simon & Schuster on April 13 this year, coincidentally the 35th anniversary of the start of the Lebanese civil war.

What was Beirut like when you were at the Salesian School and what are your most significant memories from that time?

Beirut was a smaller place than today, more pleasant, and I don’t think it’s just nostalgia speaking. It felt more like a Mediterranean city than today, with less concrete around, more greenery, though never enough; also with more room allowing children to be children.

I have many significant memories, not least the kermesse whose photos are on your website. However, if I could focus on two related memories describing my final separation from the school: I remember that in 1975 the last day of school was cancelled because the civil war had started, or maybe things were particularly bad that day. In an instant, I lost contact with almost all my friends (as we all did), most of whom left the country soon thereafter. The disappointment I felt is still with me after all this time. My second memory is that the school reopened in autumn 1975 with only a handful of students. It was sad to be studying in a building now largely empty. In 1976, Father Paoloni was killed, and the school finally closed down. A teacher by the name of Spencer Ingerson kindly offered to finish the school year for three remaining students, in her apartment. So, along with two classmates, Munir Hamad and Doris Christensen, I take some pride in saying we were perhaps the school’s last students. But maybe there were others we didn’t know about … in other apartments.

In what ways have your years at the Salesian School influenced your life in general?

I’m not quite sure, to be honest, but that is not to say that that period was anything but unforgettable for me. At that age, a place like the school is an arcadia, a place of innocence, discovery, adventure, so that I still find myself remembering with more clarity events that happened then, not to mention the names of my comrades, than what I encounter daily.

Are you still in touch with friends met during those years?

Unfortunately not nearly as much as I would have liked. When I discovered your website, it prompted me to email the link to an old friend, Erik Elzerman, whom I hadn’t seen in 34 years and found through Google. I also wanted to share with him two photographs that I am sending you here, in which we’re both present. Last summer, Erik returned to Beirut for a visit with his brother Hans, also a student at the school, and his mother. We picked up where we left off. Over the years I also met or talked to other old classmates, including Munir Hamad, Doris Christensen, Mark Duley, Paul White, Irena Vodopija, and doubtless a few others, but it would be nice to be back in contact with more people. Would we recognize each other? Would we want to? I think yes.

What made you stay in Beirut during and after the war? Any regrets about not moving elsewhere?

I wasn’t really a foreigner in Beirut, as I am Lebanese by nationality (the other half being American). This was and is home. I studied and lived in the United States between 1985 and 1992, but always felt Lebanon was my real home. So, how can I regret not having left home?

Are you planning to remain in Lebanon for the foreseeable future?

As a Beirut resident and a journalist how would you describe the city today?

It’s very different than the one with which most Salesian students are familiar. The war devastated Beirut, but in some respects it also froze the city, sometimes in good ways. Much of the charm is, unfortunately, going, as development has led to the demolition of Beirut’s older buildings and neighborhoods. The downtown area has been rebuilt, and I think the project is a success, but elsewhere, many of Beirut’s traditional quarters are being devastated, with only the uglier buildings surviving. We’re in the process of erasing anything that might offer mementos for a collective memory, with high rises turning our once-gentler maritime outpost into a sort of imitation Dubai, where the real is being displaced by the ersatz.

But not to sound too negative: the atmosphere in the city still manages to be special. Beirut continues to surprise, even astonish. There is a spirit to the city that the high rises won’t easily do away with. And professionally, as a journalist, it remains the only place I would want to cover the Middle East from; a rarity in a region where cities, in the image of the regimes that rule over them, can be colorless and suffocating.

Any suggestions for those of us who might eventually come back as tourists?

Come in search of invigorating imperfection, without prejudgment. Lebanon is fascinating as well as fun, but you often have to take it as it is rather than as you wish it to be. 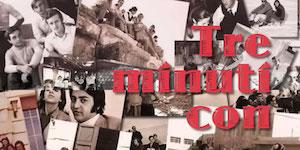