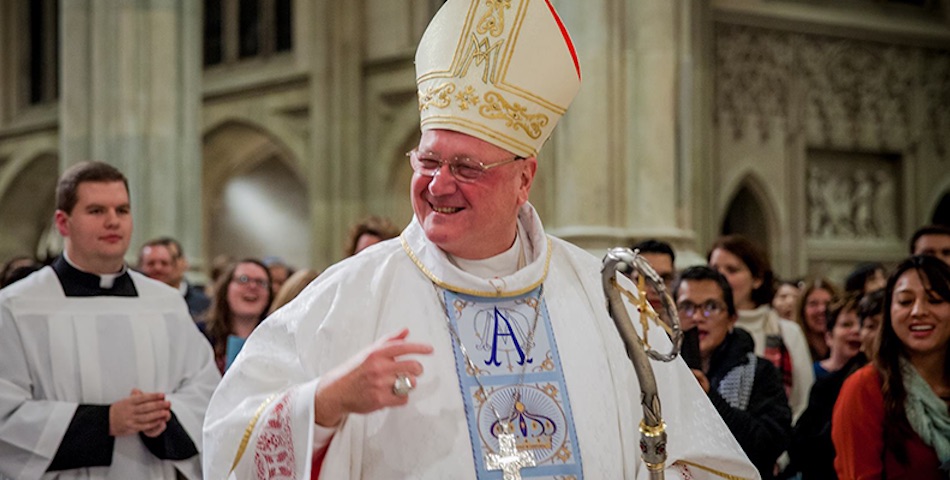 An Update on Lebanon, by Cardinal Dolan

Here is a reflection of Cardinal Timothy Dolan, Archbishop of New York, on his recent trip to Lebanon, originally reported on his blog. A feature in which the Cardinal takes readers and viewers into the various sites, realities, and challenges can be seen under the reflection.

An Update on Lebanon

When I put pen to paper ten days or so ago, writing my column for Catholic New York, I mentioned that I was on my way to Lebanon, and would report to you upon my return. Here goes . . .

There we went, the three of us – – Bishop William Murphy, retired Bishop of Rockville Centre; the Archbishop of Vancouver, Canada, Most Reverend Michael Miller, and me – – as members of the board of The Catholic Near East Welfare Association, (CNEWA), a nine decade old acclaimed but behind–the scenes initiative of the Church to offer support to the fragile, small Eastern Rite Catholic Churches, centered mostly in the Mideast, but alive as well in Central and Eastern Europe, India, and Ethiopia (with members who have left their country of origin flourishing as well around the world.)

Lebanon is a particularly radiant example of a country, in the otherwise dark landscape of the Mideast, where there is a religious diversity, amity, peace, and a large Christian population. The Catholic population of Lebanon belongs to one of four ancient rites: Maronite, Melkite, Syrian, and Armenian. There are also about 120,000 Latin Rite Catholics, mostly foreign workers, such as from the Philippines.

As luminous as is the Christian presence in Lebanon (and our Catholic people work closely with their orthodox brethren), challenges there are (Where are there not?). Lebanon’s political situation, while hailed for its balance, sensitivity to the freedom and role of the Christian and Moslem populations, and relative peace and stability, is delicate.

For one, just think of the neighborhood! Sandwiched between Syria and Israel, with Egypt, Jordan, Turkey, Iraq, Iran, and Saudi Arabia close, one does tend to worry how constant turmoil will affect beloved Lebanon.

Two, Lebanon has absorbed at least a million refugees from Syria and Iraq, mostly Moslems but also Christians, who arrive scared, homeless, lost, and poor. They fear they will not be able ever to go home. Lebanon’s own strained economy and fragile political balance are stretched by their heroic care for them.

Clear in the ancient Christian belief of Lebanese Christians, is the act of faith, “Jesus Christ, the same: yesterday, today, and tomorrow.”

Yesterday: Lebanon’s Christians rejoice in their deep roots, back to the apostles, seven centuries prior to Islam, with liturgies and traditions from those earliest decades of the Church. That embedded faith has been tested by persecution, invasion, and oppression, and has come forth the stronger.

Today: The Church in Lebanon is far from a museum. It is vibrant and effective now! We visited seminaries, churches, and schools, clinics, care centers, and refugee centers, all lovingly ministered by a Church truly a “light to the world” today. Our daily readings at Mass during our visit came from the Acts of the Apostles. It was clear to us that the prayer, worship, community, education, healing, and charity that characterized the Church in this very region in the years of the apostles is alive and well in the apostolic churches of Lebanon.

Tomorrow: Yes, the patriarchs, pastors, and lay leaders we met are anxious about tomorrow. But, as they observed, “We are used to anxiety!”

Towering over Beirut, way up in the mountains, is an illuminated cross, and a massive statue of the blessed mother of Jesus, venerated as Our Lady of Lebanon. When tempted to worry about tomorrow, a sister told us, she just looks up to that cross and that holy woman.

The Lebanese often quote Pope St. John Paul II: “Lebanon is, yes, a country, a nation. But, it is also a dream, a lesson, a message, a sign for all of us.”

We visitors just back certainly agree!

We Feel at Home

I’d like to share with you my homily from this morning at Saint Joseph Church in Beirut.

FEATURE: An Update on Lebanon, by Cardinal Dolan