Israel’s peace with the UAE means peace between religions 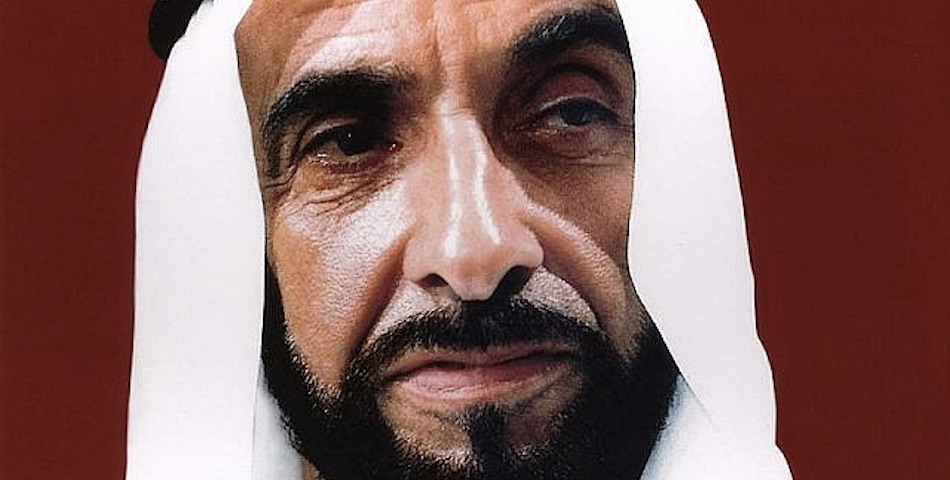 Israel’s peace with the UAE means peace between religions

When a country makes tolerance its calling card, its vision of regional peace goes beyond politics to religion – and that perspective is exactly what we need

Decades ago, a well worn slogan circulated in Israel, I believe disseminated by Israeli security services: “Know your enemy.” There are few moments in time when such a slogan can be transformed to: “Know your (new) friend.” We are living such a moment with the emerging peace accord with the UAE. Israeli media is full of reports of possibility for holiday making and shopping in Dubai, and there are references to the UAE’s constructive and forward thinking attitudes in various arenas. Few realize how this forward-thinking approach is grounded in a very particular ethos, established by the UAE founder, and father to Mohammad ben Ziad, whose profile fills the news reports on the recent peace initiative, Sheikh Zayed bin Sultan Al Nahyan. This legacy of tolerance is broad, encompasses different aspects of society and extends especially to the interreligious domain. In other words, peace with UAE is not simply political peace. It signals peace and tolerance on a much more fundamental level and holds great promise for advances in relations between religions, locally and internationally.

UAE – A Model of Tolerance

I’d like to list here several indications of the centrality of tolerance to the self-understanding and vision of the UAE.

1. UAE is the only country in the world that has a minister (ministry) of tolerance. This delivers an important message both within and without. It shapes a local cultural and social ethos. It also offers a model to the world of how to cope with issues that are global in scope. This includes contemporary challenges of religious extremism and violence, refugees, migration, minority-majority relations, education and youth.

2. UAE has just completed a year of tolerance, as a nation-wide educational and consciousness-raising initiative, that has found multiple expressions.

3. There are, furthermore, various institutional expressions of tolerance, such as The International Institute of Tolerance in Dubai, Hedayah in Abu Dhabi, and more.

4. As part of its international outreach, UAE hosted a high-level meeting, involving Pope Francis and Sheikh El Tayyeb of Al Azhar. The declaration of Human Fraternity, signed in February 2019, is the important document that emerged out of that meeting. UAE as host of this initiative maintains high engagement with its message and its continuing delivery .

5. Following this important meeting, UAE announced the establishment of the Abrahamic Family House as a meeting point of Islam, Christianity and Judaism, as well as a source of inspiration for all people of goodwill. This is a major achievement and will serve as an important component of the present concept.

6. Most importantly, UAE sees itself as having a message to deliver to the world. Various publications suggest that it sees itself as a model to be offered worldwide. One recent expression of this is the “world tolerance summit.” Repeatedly, in its declaration and in a variety of statements expressing UAE’s self-understanding, UAE is presented as a role model of tolerance. Peace with Israel opens up new possibilities for the UAE to realize this international spiritual vision.

The term “tolerance” governs UAE’s self-perception and its vision of contribution to the world. In many countries, and in interfaith circles, the term “tolerance” is not at the top of the value scale for relations between groups. It suggests a theory of toleration that may be politically and practically accommodating, but that nevertheless views the other as inferior, someone to be “tolerated.” Without going into the history of the term in Western philosophy, it should be noted that the UAE’s use of “tolerance” is much thicker and appeals to a much broader semantic field. A study of various key institutional and public statements that come out of UAE suggest that “tolerance” is a key term that captures a broader semantic field. Following are some of the cognate terms, that help capture what one means when one speaks of “tolerance” in the present context.

One furthermore realizes that the program of tolerance also includes work that is classified in the Academy as “theology of religions,” namely examining views and approaches to other religions and developing resources for a positive view of other religions.

Taken together, one realizes that “tolerance” is a cipher or buzzword for very far reaching attitudinal approaches between groups, religions and cultures. As used in the UAE, its scope is far vaster than what one typically associated with “tolerance.”

From Political to Religious Peace

Making peace with the third Arab nation in Israel’s 70+ years is certainly cause for celebration. That it places peace-making on a new footing and establishes new paradigms for future peace ventures, as former ambassador Michael Oren has argued is further cause for optimism. But there is a special quality and special promise attached to the announced peace with UAE. Consider its title. Israelis have not paid attention to the agreement being called “Abraham Accord.” This is the same key designation chosen by the UAE to describe the interfaith prayer center it is planning — The Abrahamic Family House. UAE has chosen to describe the upcoming peace in terms that are explicitly religious and that evoke the common legacy of Jews, Christians, and Muslims, all anchored in the figurehead of Abraham. Our deaf ears have not picked up on the fact that the UAE is signaling to us that this peace is not only a peace between states; it is a peace between religions. One can only express the hope that the content of the peace accords and of ensuing collaborations will indeed feature this legacy of tolerance and interreligious understanding as an important dimension of the Abraham Accord.

Over the past 20 years, we have witnessed a shift in how the conflict in our region is perceived. From a purely political conflict, it has increasingly become and increasingly been portrayed as a religious conflict. This makes a religious solution and a religious affirmation concerning relations between parties an indispensable component for local advances in peace-making. There is no group or state that is better positioned to make such a religiously based proclamation than the UAE. Peace with the UAE means a lot more than cheap holidays and collaborative business ventures. It spells the beginning of a new phase of regional collaboration that applies the principles of tolerance to religions and affirms a vision of peace between religions as a foundation for regional peace. Israel could not have hoped for a better partner in launching a new paradigm for relations with the Arab and Muslim world.