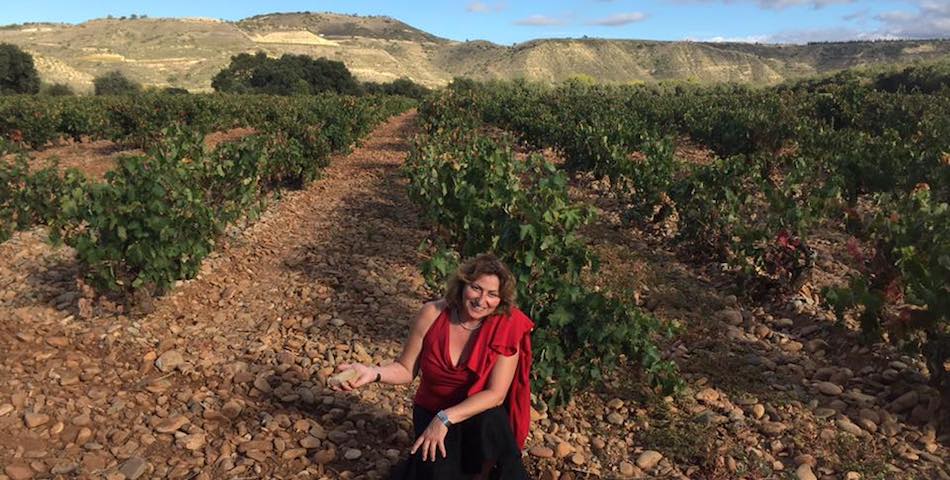 Born to Italian immigrants in Cairo, Egypt, Beatrice DeMarco experienced a truly multi-cultural upbringing. While living abroad she and her brother always attended Italian schools and were fluent since their early age in four languages (Italian, French, Arabic, and Greek) and had already lived in three countries.

Forced to leave war-torn Egypt, her family abandoned all their belongings and moved back to Italy, before moving to Beirut, Lebanon. Though civil war soon broke out in Lebanon, Beatrice and her family remained united through their values and positive approach to life.
Through these formative years, shaped by both the tragedies of war and the wonders of travel, Beatrice gained a sense of adaptability and appreciation for life. She is especially grateful for the values of respect, pride and self-determination passed on to her by her mother and grandmother, that set the foundation for success as a woman in the Arab world.
Beatrice was dedicated to her studies and while she was awarded a college scholarship in Italy, she chose to attend the American University of Lebanon.

It was then that she met the young American marine guard that she will fall in love with and later follow to the US and marry. Once in NY, her husband was always her greatest supporter for her personal and professional growth.

In 1991, she obtained her BS in Business Management from the University of Maryland. Eager to keep her language skills sharp and give back, she taught language at the international InLingua School in Ridgewood, NJ. This proved fateful, as through this activity, she had the fortunate encounter with Bob Cappuccino, then the National Sales Manager at Winebow, who was impressed by her multicultural background and penchant for language.

He insisted to introduce her to his boss Leonardo LoCascio, who immediately recognized that Beatrice had a lot to offer to his then fledgling company.
Beatrice grew quickly at Winebow, moving from Executive Assistant, to Import Manager, to Director of National Imports assuming an important role in the development of the Import company infrastructure (Customer Service, Purchasing and administration) and portfolio management. Within her first year at the company, she earned the nickname “filtro magico,” Italian for “magic filter,” as she sheltered Leonardo growing success from supplier calls. Her versatility and ability to perceive supplier needs, eased her connection to them and soon made her their go to person. Throughout her time at Winebow, she continued to show an eagerness to learn and grow, taking wine courses and assuming new responsibilities and challenges as she became more involved at a national level.

Today, Beatrice serves as the VP of National Contracts for The Winebow Group, overseeing corporate supplier relationships. Her long tenure, loyalty and business acumen renders her invaluable to all divisions. She is well respected by her peers and often mentors younger colleagues. Suppliers respect her and trust her as a friend and as a professional. As many of them pass their roles on to their children, it gives her particular pride to maintain relationships with these new, young leaders. Throughout Beatrice’s tenure, Winebow, now The Winebow Group, has grown from an organization of 75 employees to one of 2000. From its initial Italian import focus to four specialized import divisions focused on promoting fine wine and spirits in 50 states, with a portfolio spanning over 150 global suppliers; and the wholesale division grew from its original two states (NY, NJ) representation to its current extended presence in 22 states.

Beatrice is proud to have been part of this amazing company’s success story and states that “she is grateful to have met a pioneer and visionary as Leonardo, whose mentorship always pushed her to greater heights.”
Beatrice’s tenacity, positivity and ability to embrace life’s ever-twisting paths, and cherishing the best of every encounter and event, make her an inspiration and role model to young women, especially to those who travel to new countries seeking opportunities for themselves and their families.